What Is Kubernetes Architecture? – Components Overview 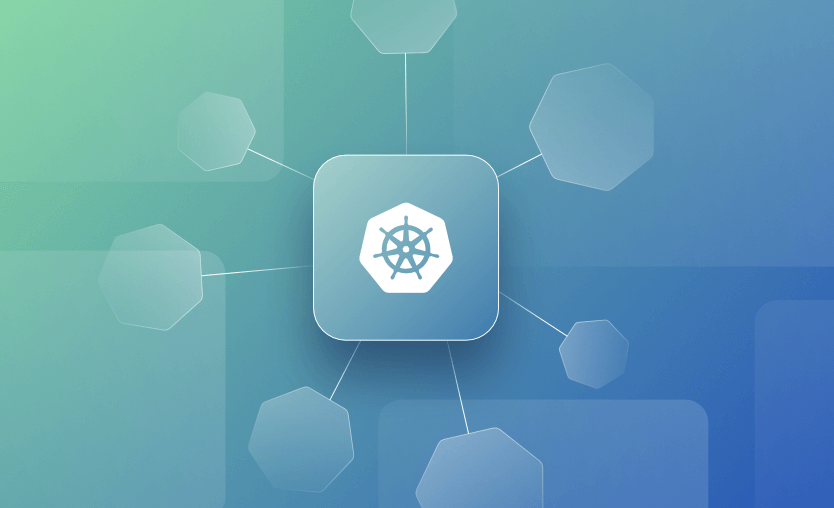 Kubernetes is a distributed system. It horizontally scales containers across multiple physical hosts termed Nodes. This produces fault-tolerant deployments which adapt to conditions such as Node resource pressure, instability, and elevated external traffic levels. If one Node suffers an outage, Kubernetes can reschedule your containers onto neighboring healthy Nodes.

All this functionality means the Kubernetes architecture is relatively complex. Several different components work together to create a functioning cluster. In this article, we’ll look at each major item in turn so you can better understand how Kubernetes works.

Kubernetes aims to lower the management overhead of running fleets of containers in production. It achieves this by pooling multiple compute Nodes into one logical platform termed a “cluster.” Deploying workloads to your Kubernetes cluster automatically starts containers on one or more of the Nodes.

Kubernetes includes several abstraction layers that you use to define your application. Here are some of the most common workload objects you’ll encounter:

There are other kinds of workload too, such as DaemonSets and StatefulSets. DaemonSets replicate a Pod to every Node in your cluster, while StatefulSets provide persistent replica identities.

The Kubernetes Control Plane is your cluster’s management surface. It stores the cluster’s state, monitors for changes, and applies any actions that are required. Actions could be initiated by users via the API or in response to Node events, such as increased memory pressure.

The control plane gets created automatically when you deploy a cluster. It often runs on a dedicated Node, ensuring it’s isolated from your workloads for maximum performance and security. This is not mandatory, though – the machine that runs the control plane can also be used as a regular Node.

The control plane is a collective term for many different components. Together they provide everything needed to administer your cluster but not actually start and run containers. Those functions are provided by Node-level software, which we’ll see in the next section.

The API server is the control plane component that exposes the Kubernetes REST API. You’re using this API whenever you run a command with Kubectl. You’ll lose management access to your cluster when the API server fails, but your workloads won’t necessarily be affected.

Much of Kubernetes is built upon the controller pattern. A controller is a loop that continually monitors your cluster and performs actions when certain events occur. The Deployment controller launches new Pods when you create a Deployment object, for example.

The controller manager oversees all the controllers in your cluster. It starts their processes and ensures they’re operational the whole time that your cluster’s running.

The scheduler is responsible for placing newly created Pods onto the Nodes in your cluster. The scheduling process works by first filtering out Nodes that can’t host the Pod, then scoring each eligible Node to identify the most suitable placement.

Nodes could be filtered out because of insufficient CPU or memory, inability to satisfy the Pod’s affinity rules, or other factors such as being cordoned for maintenance. The scoring process prioritizes Pods that satisfy non-mandatory conditions like preferred affinities. If several Nodes appear to be equally suitable, Kubernetes will try to evenly distribute your Pods across them.

Etcd is a distributed key-value storage system. Kubernetes stores your cluster’s state within etcd. It holds every API object, including config values and sensitive data you store in ConfigMaps and Secrets.

Etcd is the most security-critical control plane component. Successfully compromising it would permit full access to your Kubernetes data. It’s important that etcd receives adequate hardware resources, too, as any starvation can affect the performance and stability of your entire cluster.

The Cloud Controller Manager integrates Kubernetes with your cloud provider’s platform. It facilitates interactions between your cluster and its outside environment. This component is involved whenever Kubernetes objects change your cloud account, such as by provisioning a load balancer, adding a block storage volume, or creating a virtual machine to act as a Node.

Nodes are the physical or virtual machines that host the Pods in your cluster. Although it’s possible to run a cluster with a single Node, production environments should include several so you can horizontally scale your resources and achieve high availability.

Learn how to delete Pods from a Kubernetes Node.

Kubelet’s also responsible for running Pod containers. It will pull the images required by newly scheduled Pods, then start containers to produce the desired state. Once the containers are up, Kubelet monitors them to ensure they remain healthy.

The kube-proxy component facilitates network communications between the Nodes in your cluster. It automatically applies and maintains networking rules so that Pods exposed by Services are able to reach each other. If kube-proxy fails, Pods on that Node won’t be reachable over the network.

Each Node requires a CRI-compatible runtime so it can start your containers. The containerd runtime is the most popular option, but alternatives such as CRI-O and Docker Engine can be used instead. The runtime uses operating system features such as cgroups to achieve containerization.

Kubernetes is highly extensible, so you can customize it to suit your environment. Although the control plane and Node-level software stacks are the most important, several other aspects of the architecture are significant too.

Kubernetes networking uses a plugin-based approach. A CNI-compatible networking plugin must be installed to allow Pods to reach each other. Most popular Kubernetes distributions include a plugin for you, but you’ll have to manually install a solution such as Calico or Flannel when you deploy a cluster from scratch.

Storage provisioning can work very differently depending on your cloud provider. Storage Classes provide a consistent interface for accessing different types of storage in your workloads. You can add storage classes to save data to different platforms, such as a local volume on a Node’s filesystem or your cloud platform’s block storage volumes.

Kubernetes also has an external dependency on a container registry. You’ll need somewhere central to store your container images. You can run a registry inside your cluster, but this is not included with the default Kubernetes distribution.

You can add your own Kubernetes abstractions with custom resource definitions (CRDs). CRDs extend the API with support for your own data structures.

You can build the functionality around your CRDs by writing controllers and operators. These facilitate advanced automated workflows, such as automatically provisioning a database when you add a PostgresDatabaseConnection object to your cluster. They use the same fundamental concepts as built-in functionality: you author a control loop that watches for new objects and performs tasks when they occur.

Complexity and many moving parts create the potential for security problems. Hardening Kubernetes is a substantial topic: while the system purports to be production-ready, in practice, you need to take several manual actions to fully protect yourself.

Enabling etcd encryption is one essential step. Your cluster’s data isn’t encrypted by default so passwords and certificates in secrets are stored in plain text. It’s also important to secure the API server, avoid running other software on your Nodes, and ensure you use features like networking policies to fully isolate your workloads from each other. You can learn how to strengthen your cluster in our Kubernetes security guide.

Kubernetes requires the control plane components to remain available at all times. While the system is naturally resilient to Node failures, a problem in the control plane will affect the whole system. Its central role makes it a potential weak point in the architecture.

You can mitigate this risk by running multiple replicas of each component. This produces a highly available control plane that’s distributed across several Nodes, similarly to your Pods. It takes more time to set up but provides additional safety for production clusters. If you’re using a managed Kubernetes service, check with your provider to see if a high-availability control plane option is available.

If you need more help managing the complexities and compliance challenges of using Kubernetes check out Spacelift. It brings with it a GitOps flow, so your Kubernetes Deployments are synced with your Kubernetes Stacks, and pull requests show you a preview of what they’re planning to change. It also has an extensive selection of policies, which lets you automate compliance checks and build complex multi-stack workflows. You can also use Spacelift to mix and match Terraform, Pulumi, AWS CloudFormation, and Kubernetes Stacks and have them talk to one another. Find out more about how Spacelift works with Kubernetes.

Kubernetes is a complete platform for deploying, scaling, and managing distributed systems using containers. With powerful functionality comes to a complex and potentially confusing architecture. Kubernetes clusters are formed from several pieces, each assigned its own vital role.

In this article, you’ve learned how the fundamental components, such as Kubelet, kube-scheduler, etcd, and the API server combine to create an operational cluster. You can now continue your Kubernetes journey by deploying your own environment, either from scratch with Kubeadm or using a managed cloud service such as Amazon EKS, Google GKE, or DigitalOcean DOKS. You can get all the information you need to use Kubernetes in our beginners guide, or try some of the advanced topics elsewhere on our blog.

The Most Flexible Management Platform for IaC

James Walker is the founder of Heron Web, a UK-based software development studio providing bespoke solutions for SMEs. He has experience managing complete end-to-end web development workflows with DevOps, CI/CD, Docker, and Kubernetes. James is also a technical writer and has written extensively about the software development lifecycle, current industry trends, and DevOps concepts and technologies.