How to Use Terraform Variables (Locals, Input, Output, Environment) 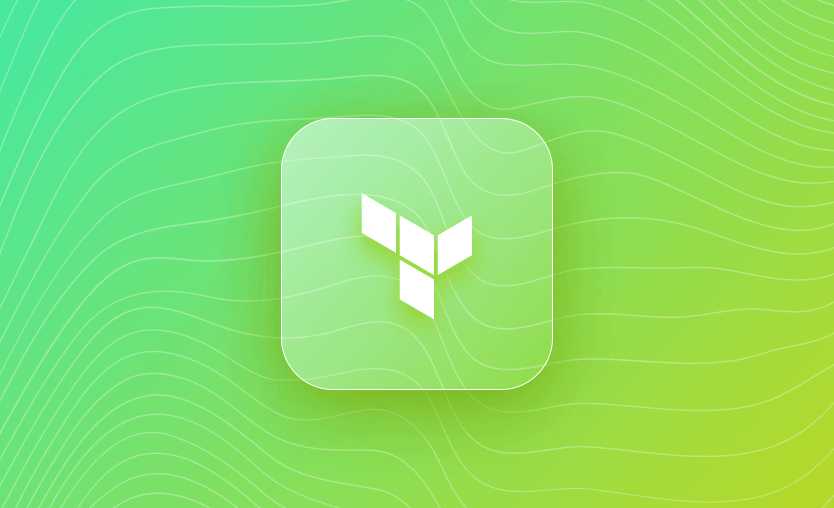 Variables are fundamental constructs in every programming language because they are inherently useful in building dynamic programs. We use variables to store temporary values so that they can assist programming logic in simple as well as complex programs.

In this post, we discuss how variables are used in Terraform. Terraform uses HCL (Hashicorp Configuration Language) to encode infrastructure. It is declarative in nature, meaning several blocks of code are declared to create a desired set of infrastructure.

Local variables are declared using the locals block. It is a group of key-value pairs that can be used in the configuration. The values can be hard-coded or be a reference to another variable or resource.

Local variables are accessible within the module/configuration where they are declared. Let us take an example of creating a configuration for an EC2 instance using local variables. Add this to a file named main.tf.

In this example, we have declared all the local variables in the locals block. The variables represent the AMI ID (ami), Instance type (type), Subnet Id (subnet), Network Interface (nic) and Tags (tags) to be assigned for the given EC2 instance.

In the aws_instance resource block, we used these variables to provide appropriate values required for the given attribute. Notice how the local variables are being referenced using a local keyword (without ‘s’).

It is indeed possible to assign a value from a data source to a local variable. Similarly to how we have done it to create the nic local variable, it refers to the id argument in the aws_network_interface resource block.

If you want to know more about locals, see: Terraform Locals: What Are They, How to Use Them, Examples

Further, the main function of the input variables is to act as inputs to modules. Modules are self-contained pieces of code that perform certain predefined deployment tasks. Input variables declared within modules are used to accept values from the root directory.

Additionally, it is also possible to set certain attributes while declaring input variables, as below:

Let us work through the same example as before, only this time we use variables instead of local variables. Create a new file to declare input variables as variables.tf and add the below content to it.

Here we have declared 5 variables — ami, nic, subnet and type with the simple data type, and tags with a complex data type object — a collection of key-value pairs with string values. Notice how we have made use of attributes like description and default.

The ami variable also has validation rules defined for them to check the validity of the value provided. We have also marked the type variable as sensitive.

Let us now modify main.tf to use variables declared above.

Within the resource blocks, we have simply used these variables by using var.<variable name> format. When you proceed to plan and apply this configuration, the variable values will automatically be replaced by default values. The following is a sample plan output.

To check how validation works, modify the default value provided to the ami variable. Make sure to change the ami- part since validation rules are validating the same. Run the plan command, and see the output. You should see the error message thrown on the console as below.

Also, notice how the type value is represented in the plan output. Since we have marked it as sensitive, its value is not shown. Instead, it just displays sensitive.

If we want to initialize the variables using the CLI argument, we can do so as below. Running this command results in Terraform using these values instead of defaults

While working with plan or apply commands, -var argument should be used for every variable to be overridden. Note how we have provided the value for complex data type with escaped characters.

Imagine a scenario where there are many variables used in the configuration. Passing the values using CLI arguments can become a tedious task. This is where .tfvars files come into play.

Create a file with the .tfvars extension and add the below content to it. I have used the name values.tfvars as the file name. This way we can organize and manage variable values easily.

This time, we should ask Terraform to use the values.tfvars file by providing its path to -var-file CLI argument. The final plan command should look as such:

The -var-file argument is great if you have multiple .tfvars files with variations in values. However, if you do not wish to provide the file path every time you run plan or apply, simply name the file as <filename>.auto.tfvars. This file is then automatically chosen to supply input variable values.

The variable name part of the format is the same as the variables declared in the variables.tf file. For example, to set the ami variable run the below command to set its corresponding value.

If the values are not provided in the .tfvars file, or as defaults, or as CLI arguments, it falls back on TF_VAR_ environment variables.

Additionally, if we don’t provide the values in any of the forms discussed above, Terraform would ask for the same in interactive mode when plan or apply commands are run.

As a best practice, it is not recommended to store secret and sensitive information in variable files. These values should always be provided via the TF_VAR_ environment variable.

This is where Spacelift shines. It makes use of these Terraform native environment variables to manage secrets as well as other attributes that make the most sense. Managing the environment in the Spacelift console is easy, thanks to a dedicated tab where values can be edited on the go.

For situations where you deploy a large web application infrastructure using Terraform, you often need certain endpoints, IP addresses, database user credentials, and so forth. This information is most useful for passing the values to modules along with other scenarios.

This information is also available in Terraform state files. But state files are large, and normally we would have to perform an intricate search for this kind of information.

Continuing with the same example, we would like to display the instance ID of the EC2 instance that is created. So declare an output variable named instance_id — this could be any name of our choosing.

Within this output block, we have used some attributes to associate this output variable’s value. We have used resource reference for aws_instance.myvm configuration and specified to use its id attribute.

Optionally, we can use the description and sensitive flags. We have discussed the purpose of these attributes in previous sections. When a plan command is run, the plan output acknowledges the output variable being declared as below.

Similarly, when we run the apply command, upon successful creation of EC2 instance, we would know the instance ID of the same. Once the deployment is successful, output variables can also be accessed using the output command:

This section goes through an example where we want to create multiple subnets for a given VPC. Without variables, we would write the configurations for the number of subnets specified. The other way is to use the for loop and create separate subnets based on the index value of the iteration.

The for loop thus implemented is not very useful. Consider a case where subnets need to be in selected availability zones, and each of them has a different CIDR range specified. For situations like these, we can make use of complex variable type map(object()) along with for loop to iterate over this variable.

Below is the input variable declaration we need to define attributes of multiple subnets. This block specifies the type of variable my_subnets to be map(object()). It means we want to define a variable that has a map of objects, with a couple of attributes in each object. We have used cidr and az attributes for each object with string type.

If you compare the input variable declaration and initialization, you will see we have aligned the attributes. Also, the initialized value consists of 6 objects mapped by a string key. Each object has a unique CIDR and Availability Zone (az) value.

In this resource block, we have used the my_subnets variable to iterate over in a for_each loop. for_each loop comes along with a keyword each, which helps us identify the value to be assigned in each iteration. This single block of code is capable of creating 6 unique subnets.

It is important to note that Terraform does not allow the usage of variables in provider configuration blocks. This is mainly to adhere to best practices of using Terraform.

Variables usually make the developer’s life easier by improving the maintainability of your code. Especially in larger Terraform codebases, variables should be used. Larger codebases are often worked upon by a team of developers. Variables make it very easy to read and modify certain aspects, like infrastructure changes via IaC.

Working in a team of Terraform developers can be challenging, especially for state files. Spacelift is built to provide a great CI/CD experience concerning IaC where it is used for version control of the code as well as state management. It is a perfect place to set up a CI/CD pipeline for Terraform code. If you are struggling with Terraform automation and management, check out Spacelift. You can sign up for a free evaluation right away.

I hope this blog post was helpful to you in understanding and exploring possibilities with Terraform variables. Let me know your thoughts in the comments section.