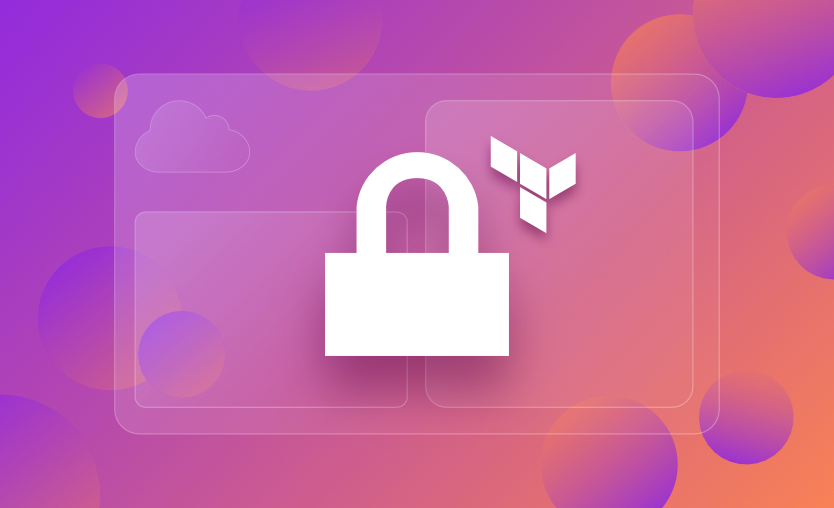 As per the Divvy Cloud report, cloud misconfiguration breaches cost companies around the world an estimated 5 trillion in 2018 and 2019.

AWS provides many security features, and VPCs are one of the most important. They let us create an isolated private cloud within the public cloud to protect resources from direct access.

In this article, we will go through:

Virtual Private Cloud (VPC) is one of the fundamental building blocks of AWS. VPCs are private virtual networks that resemble traditional networks and provide secure, isolated environments to host and protect AWS resources like EC2 instances.

Security for the resources within the VPC can be configured using security groups and a network access control list (NACL).

Let’s understand how we can use them to protect resources within VPC and improve the overall security posture.

Read more about how to build AWS VPC using Terraform.

What are security groups?

Security groups are one of the most important pillars that support VPC security. They are software-defined network firewalls defined inside a VPC that allow or deny traffic to resources based on the inbound and outbound rules.

At the resource level, security groups work to secure the flow of traffic allowed to leave and reach them. They serve as the final line of defense.

They are most commonly associated with EC2 instances, but their applications are not limited to them. They are widely used with a variety of other services such as CodeBuild, EKS, and so on.

The figure below shows how security groups secure traffic flow to and from resources.

What makes up a security group?

A security group is composed of rules. A rule consists of the following components:

A security group has separate rule sets for incoming and outgoing traffic.

An inbound rule consists of a protocol, a port(s), and a source.

For example, the below rule allows all traffic to reach resources associated with the security group.

An outbound rule consists of a protocol, a port(s), and a destination.

For example, the below rule allows all traffic to leave resources associated with the security group.

Let us inspect an existing security group to understand the rules better.

Let us inspect the default security group to understand what the rules look like.

We can always create new security groups with whatever rules we need. In the following section, we will learn how to do so.

Note: Please keep in mind that we can only create 2500 security groups per region.

Creating Our Own Security Group

Congratulations! You have created your first security group 🎉

Security groups are only effective when attached to an AWS resource. Next, we will attach it to an EC2 instance to see it in action.

In this tutorial, we will create an EC2 instance and attach the newly created security group to it. We will then try to connect to this instance via SSH.

Attaching a security group to an EC2 instance

With the security group now attached to our EC2 instance, let us try to connect to it via SSH.

Connecting to the EC2 instance via SSH

Open the details of the newly created EC2 instance and copy the public IP address.

After a while, the SSH request times out with the following error.

We can resolve this issue by configuring an inbound rule to allow incoming traffic on port 22 (SSH) from our IP address.

Security consideration: For protocols such as SSH and RDP, only specific IP addresses should be allowed. Specifying 0.0.0.0 opens access to everyone, which is a security risk.

It should be noted that the source and destination do not have to be IP addresses. Other security groups or prefixes can also be used.

Reconnecting to the EC2 instance via SSH

We’ll use the same SSH command as before to see if we can connect after adding the inbound rule to the security group.

Awesome! We successfully connected when we added an inbound rule for SSH.

You can also try switching to a different network to confirm that the security group is blocking the traffic.

In the following sections, we’ll go over some of the key characteristics of security groups, as well as how to manage security groups with Terraform.

When working with security groups, it is critical to be aware of a few key characteristics.

Let’s look at how we can easily create and manage security groups with Terraform.

You will need to have Terraform installed on your machine and your AWS credentials configured in the shell to follow this tutorial.

Note: We will keep using the same main.tf file and make changes to it.

You can also take a look at how platforms like Spacelift can help you and your organization fully manage cloud resources within minutes. Spacelift is a CI/CD platform for infrastructure-as-code that supports tools like Terraform, Pulumi, Kubernetes, and more. For example, it enables policy-as-code, which lets you define policies and rules that govern your infrastructure automatically. You can even invite your security and compliance teams to collaborate on and approve certain workflows and policies for parts that require a more manual approach.

Great work! We have successfully deployed a new security group through Terraform 🎉

There are two ways to add rules to a security group in Terraform:

Note: Keep in mind that these are the two ways to add rules to a security group through Terraform, which at the end of the day, correspond to the same thing on AWS.

Terraform advises that inline rules should not be used in conjunction with standalone rules. Using both of them together can cause conflicts.

Awesome! We successfully added standalone rules to our security group.

Attaching a security group to an EC2 resource

In this tutorial, we will learn how to attach a security group to an EC2 instance.

Note: We do need to create the web-server-key again as we had previously created it through the console.

Awesome! Our security group is attached to our EC2 instance as expected.

How to Use Existing Security Groups

In this tutorial, we will learn how to refer to a security group created outside of terraform using a Terraform data resource.

We will first create a security group outside of Terraform and then add an inbound SSH rule to it using Terraform.

Referring to a single security group

Relevant changes are shown below.

Note: We are using an id from the data resource, which is kind of redundant as we already knew the id and used it to fetch the security group. But in real-world scenarios, this can be useful to get other crucial information such as associated VPC id and more.

Next, we will learn to import security groups existing outside terraform into terraform.

When migrating an existing resource to terraform, it is not always feasible to delete and recreate it. In such cases, we can import resources directly into Terraform. Let us look at how we can easily bring existing security groups from outside of Terraform into Terraform.

We will import one of the resources we created earlier into Terraform in this tutorial. To learn more, see our Importing Existing Infrastructure into Terraform tutorial.

This signifies that the resource was imported successfully with no conflicts 🎉

At this point, we’ve learned about how to create and manage security groups using both the console and Terraform. Let’s take a look at some popular applications and how they can help improve the security posture of a resource/application.

Security groups are a key part of the security of resources on AWS. There are multiple use cases where they are required, such as:

Their usage is not limited to the above examples but extends to NAT Gateways, ECS, EKS, Code Build, and more.

Before we get into how security groups differ from NACLs, let us quickly understand what NACLs are.

They can be used as a secondary control to define high-level guard rails for filtering traffic at the subnet level.

NACLs can help to improve a VPC’s security posture as they filter traffic regardless of whether a security group is associated with resources or not.

Although both security groups and NACLs are used to improve a VPC’s security posture, they have significant differences. The main points are as follows:

This article would be incomplete without covering the best practices and the basics of compliance of security groups in AWS. Let us jump into it right away.

Network security is one of the most important aspects to take care of to improve the security posture. This becomes more difficult as the number of resources and accounts in an organization grows.

With many AWS accounts within an organization, how do we know if:

Furthermore, how do we make sure we are always compliant with the standard security benchmarks?

This is where AWS Firewall Manager and Security Hub come into the picture.

AWS firewall manager solves all the above problems for us. It can track, audit, and even remediate issues with your security groups across all accounts.

It provides centralized visibility across all accounts to continuously monitor and manage violations and non-compliance.

The below picture depicts how the AWS Firewall manager automatically tracks non-compliance of the security groups.

AWS Firewall accomplishes this through the use of security group policies. These policies act as guard rails for creating new security groups or remediating issues with existing ones.

There are three types of security group policies:

AWS Security Hub is a service that performs security checks. It aggregates all security alerts and issues in one place and enables us to visualize an organization’s security posture. It supports standards like:

These standards include many security best practices for security groups, such as:

Any violations are automatically detected and aggregated. It enables us to configure automatic remediation to ensure that our security groups remain secure and compliant at all times.

Security groups are one of the most important security features for network security. They are simple yet powerful and thus find their uses across a wide variety of AWS services wherever networks are involved. When used correctly, they can significantly reduce attack vectors to network resources and improve the overall security posture.

Yet, it is crucial to remember that they are not a silver bullet to network security. It is just as important to have other defense mechanisms like NACLs, AWS Security Hub, AWS Firewall, etc, in place to have a more effective line of defense.

Omkar is a CoFounder at Interleap and a seasoned DevSecOps engineer with a passion for DevOps and security. He specializes in AWS DevOps, Terraform, CDKTF and Docker and has held roles ranging from a Fullstack engineer to a DevSecOps Engineer. In his spare time, he takes pleasure in learning new things and sharing his learnings on his personal blog at omkarbirade.medium.com.