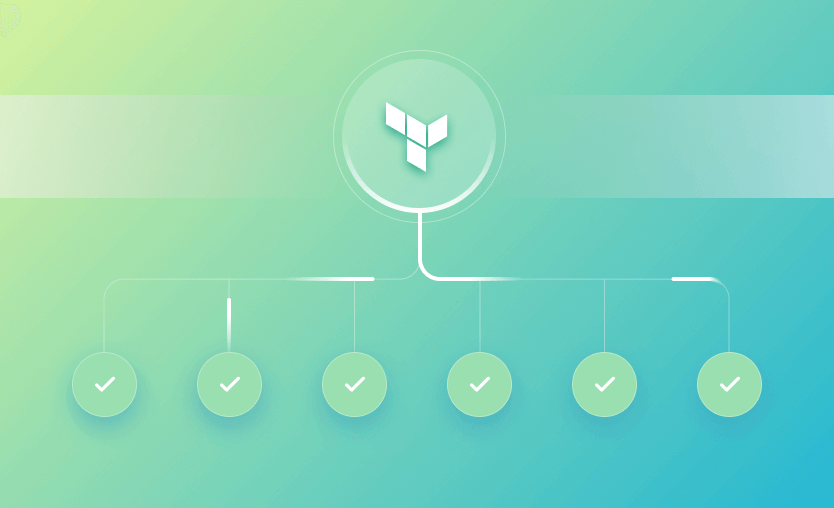 In this tutorial, you will learn ways to import pre-existing cloud resources before you continue to develop the IaC in Terraform. This guide will provide you with an IaC import scenario which is often faced by teams starting to adopt Terraform for their operations.

Terraform is a relatively new technology and adopting it to manage an organisation’s cloud resources might take some time and effort. The lack of human resources and the steep learning curve involved in using Terraform effectively causes teams to start using cloud infrastructure directly via their respective web consoles.

For that matter, any kind of IaC method (CloudFormation, Azure ARM templates, Pulumi, etc.) requires some training and real-time scenario handling experience. Things get especially complicated when dealing with concepts like states and remote backends. In a worst case scenario, you can lose the terraform.tfstate file. Luckily, you can use the import functionality to rebuild it.

Getting the pre-existing cloud resources under the Terraform management is facilitated by Terraform import. import is a Terraform CLI command which is used to read real-world infrastructure and update the state, so that future updates to the same set of infrastructure can be applied via IaC.

The import functionality helps update the state locally and it does not create the corresponding configuration automatically. However, the Terraform team is working hard to improve this function in upcoming releases.

With an understanding of why we need to import cloud resources, let us begin by importing a simple resource – EC2 instance in AWS. I am assuming the Terraform installation and configuration of AWS credentials in AWS CLI is already done locally. We will not go into the details of that in this tutorial. To import a simple resource into Terraform, follow the below step-by-step guide.

Assuming the Terraform installation and configuration of AWS credentials in AWS CLI is already done locally, begin by importing a simple resource—EC2 instance in AWS. For the sake of this tutorial, we will create an EC2 resource manually to be imported. This could be an optional step if you already have a target resource to be imported.

Go ahead and provision an EC2 instance in your AWS account. Here are the example details of the EC2 instance thus created:

The aim of this step is to import this EC2 instance into our Terraform configuration. In your desired path, create `main.tf` and configure the AWS provider. The file should look like the one below.

Run terraform init to initialize the Terraform modules. Below is the output of a successful initialization.

3. Write Config for Resource To Be Imported

However, if you don’t mind not seeing colorful output on CLI, you can begin adding all the arguments you know. But this is not a foolproof approach, because normally the infrastructure you may have to import will not have been created by you. So it is best to skip a few arguments anyway.

In a moment we will take a look at how to adjust our configuration to reflect the exact resource. For now, append the main.tf file with EC2 config. For example, I have used the below config. The only reason I have included ami and instance_type attribute, is that they are the required arguments for aws_instance resource block.

Think of it as if the cloud resource (EC2 instance) and its corresponding configuration were available in our files. All that’s left to do is to map the two into our state file. We do that by running the import command as follows.

Please notice that the directory now also contains terraform.tfstate file. This file was generated after the import command was successfully run. Take a moment to go through the contents of this file.

Right now our configuration does not reflect all the attributes. Any attempt to plan/apply this configuration will fail because we have not adjusted the values of its attributes. To close the gap in configuration files and state files, run terraform plan and observe the output.

The plan indicates that it would attempt to replace the EC2 instance. But this goes completely against our purpose. We could do it anyway by simply not caring about the existing resources, and creating new resources using configuration.

The good news is that Terraform has taken note of the existence of an EC2 instance that is associated with its state.

At this point, it is important to understand that the terraform.tfstate file is a vital piece of reference for Terraform. All of its future operations are performed with consideration for this state file. You need to investigate the state file and update your configuration accordingly so that there is a minimum difference between them.

The use of the word “minimum” is intentional here. Right now, you need to focus on not replacing the given EC2 instance, but rather aligning the configuration so that the replacement can be avoided. Eventually, you would achieve a state of 0 difference.

Change the value of ami from “unknown” to what is highlighted in the plan output, and run terraform plan again. Notice the output.

This time the plan does not indicate the replacement of the EC2 instance. If you get the same output, you are successful in partially importing our cloud resource. You are currently in a state of lowered risk—if we apply the configuration now, the resource will not be replaced, but a few attributes would change.

If we want to achieve a state of 0 difference, you need to align your resource block even more. The plan output highlights the attribute changes using ~ sign. It also indicates the difference in the values. For example, it highlights the change in the instance_type value from “t2.micro” to “unknown”.

In other words, if the value of instance_type had been “t2.micro”, Terraform would NOT have asked for a change. Similarly, you can see there are changes to the tags highlighted as well. Let’s change the configuration accordingly so that we close these gaps. The final aws_instance resource block should look as follows:

If you have the same output, congratulations, as you have successfully imported a cloud resource into your Terraform config. It is now possible to manage this configuration via Terraform directly, without any surprises.

In this section, you will learn how to import resources into the modules. For reference, we use the AWS VPC module (version 3.2.0) that creates 29 resources. Move the terraform.tfstate file to another location, so that Terraform becomes unaware of the existing resources.

This poses a challenge of importing the AWS VPC module into your configuration. Modules wrap multiple AWS resources into a single package that can be reused in various projects. You should expect a large codebase and many resources to be part of the module.

The process of importing resources created using a module is very similar to what we have discussed thus far, with a little difference in running the command. Go through the .tf files included in the module’s source, and identify the resources to be imported.

For example, the AWS VPC module creates a VPC resource. To import this resource, run the command as below.

The above output indicates 28 more resources to be imported to (re)build a perfectly consistent terraform.tfstate file. One less as we have successfully imported the VPC resource. Referring to the plan output, identify the resources in AWS and repeat the process for import.

As you have seen, the process of importing simple resources is pretty straightforward. The key here is to understand how Terraform state works. However, things can get quite tedious when importing complex deployments.

In the case of complex deployments, the team should have a clear identification of resources they want to manage using Terraform. A diagram representing the entire landscape helps to plan and to get the parts of deployment under Terraform’s management.

Planning output is key. If it is well-formatted, you will build a perfectly consistent state file. Prioritize and mitigate configurations that cause replacement of target resources followed by configurations that cause changes. Import the resources as they are to satisfy the state file until there are no gaps. Any enhancement or code restructuring can be focused on and implemented once you achieve 0 gaps.

Although this article provides a comprehensive overview of possible approaches towards importing resources into Terraform, there is always room for some particular and unusual scenarios. If you have any questions or would like to share your common practices, feel free to tell us by leaving a comment below!

We encourage you to also explore how Spacelift makes it easy to work with Terraform. If you need any help managing your Terraform infrastructure, building more complex workflows based on Terraform, and managing AWS credentials per run, instead of using a static pair on your local machine, Spacelift is a fantastic tool for this. It supports Git workflows, policy as code, programmatic configuration, context sharing, drift detection, and many more great features right out of the box. You can check it for free, by creating a trial account.