How to View Kubernetes Pod Logs Files With Kubectl 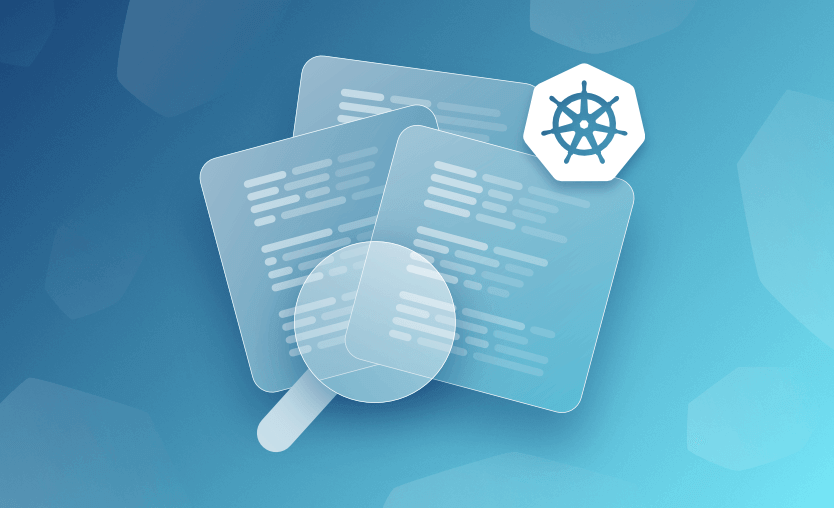 Viewing logs in Kubernetes (K8S) is important for troubleshooting and understanding what is happening in the various components of your cluster.

In this article, we will focus on how to view pod logs using the kubectl logs command line tool.

kubectl is a command line tool that allows you to run commands against K8S clusters. You can use kubectl to deploy applications, inspect and manage cluster resources, and view logs.

Check out our Kubernetes Cheat Sheet with 15 Kubectl Commands & Objects.

When using kubectl it can quickly become annoying to type many times. To shorten this, you can set an alias (Something that is highly recommended to save time if you are thinking of taking the Certified Kubernetes Administrator (CKA) exam, as time is short!).

The example below sets an alias called k so all future commands are run against the namespace called ‘my-namespace’.

1. Print the logs for a pod

2. Print the logs for the last 6 hours for a pod

4. Print the logs for a pod and follow new logs

5. Print the logs for a container in a pod

6. Output the logs for a pod into a file named ‘pod.log’

7. View the logs for a previously failed pod

8. View the logs for all containers in a pod

See also: How to Restart Kubernetes Pods With Kubectl.

You can view the pods on your cluster using the kubectl get pods command. Add the--namespace <namespace name> flag if your pods are running outside of the default namespace. You can also use labels to filter the results as required by adding <my-label>=<my-value>.

I have the following pods running on my Azure Kubernetes Service (AKS) cluster:

kubectl logs shows logs from the standard output and error streams of your containers. If you are configuring logging for a container, you will need to ensure the output is written to these outputs for it to be displayed correctly by the following commands.

1. I am interested in the logs for the redis-master pod called redis-master-f46ff57fd-qmrd7.

As my pod has just started I can see the logs created when the pod was starting up. This shows all the logs from the pod.

Nothing is shown, as no logs have been generated in the last 10 minutes! Changing the time to 15m shows me all the logs.

The logs are shown as in example 1, any newly generated logs will be continually streamed and displayed automatically in my terminal until I exit (e.g., using CTRL+C in Windows PowerShell).

5. Now, I want to print the logs for a container in redis-master-f46ff57fd-qmrd7. I first need to see which containers are running in the pod using the kubectl describe command:

This shows one container called master.

6. Now lets output the logs for a pod into a file named ‘pod.log’.

7. View the logs for a previously failed pod

Here I see an error, confirming no previous containers in the pod have been terminated.

8. If I did have multiple containers, I could view logs for all of them using the --all-containers flag.

The kubectl logs command enables you to access logs from your resources. In this article, we have focused on some examples of obtaining logs from your pods.

As shown, you can view current logs, continually stream new pod logs to your terminal, and access logs from previously terminated pods using different command options. Kubectl collects logs from the standard output and error streams of your containers.

We encourage you to also check out how Spacelift helps you manage the complexities and compliance challenges of using Kubernetes. Anything that can be run via kubectl can be run within a Spacelift stack. Find out more about how Spacelift works with Kubernetes, and get started on your journey by creating a free trial account.