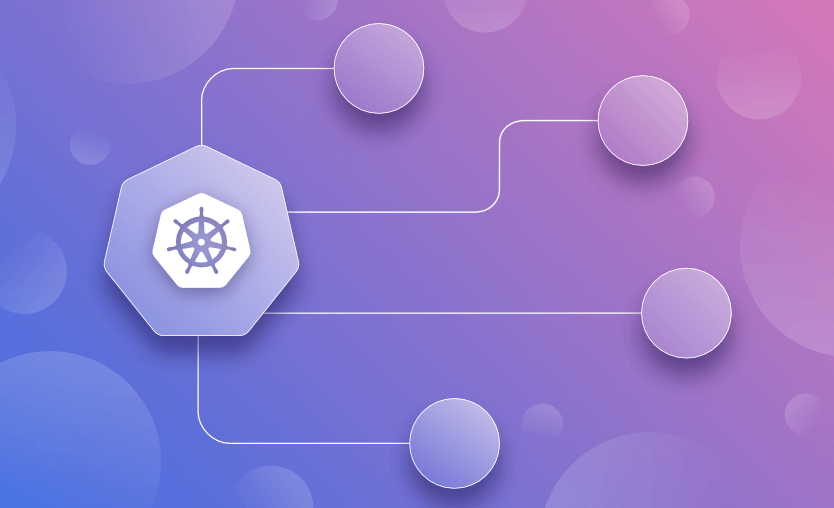 In this post, we will delve into Kubernetes (K8s) deployment concepts and some common strategies, looking at the advantages and disadvantages of each. A suitable deployment strategy enables you to minimize downtime, enhance your customer experience, and increase reliability when releasing your application.

What is a Kubernetes Deployment Strategy?

A K8s Deployment is a declarative statement usually configured in a YAML file that defines the application lifecycle and how updates to that application should be applied.

The following three strategies are considered “Advanced deployment strategies” because the flow of traffic can be controlled in various ways:

K8s uses a Rolling deployment strategy as the default, but there are certain use-cases when this may not be appropriate. Let’s discuss each in more detail!

See how Spacelift can help you manage the complexities and compliance challenges of using Kubernetes with the newest Kubernetes integration.

Recreating deployment terminates all the pods and replaces them with the new version. This can be useful in situations where an old and new version of the application cannot run at the same time. The amount of downtime incurred using this strategy will depend on how long the application takes to shut down and start back up. The application state is entirely renewed since they are completely replaced.

An example Spec: section in the manifest file could look like this:

Rolling deployments are the default K8S offering designed to reduce downtime to the cluster. A rolling deployment replaces pods running the old version of the application with the new version without downtime.

To achieve this, Readiness probes are used:

Once the readiness probe detects the new version of the application is available, the old version of the application is removed. If there is a problem, the rollout can be stopped and rolled back to the previous version, avoiding downtime across the entire cluster. Because each pod is replaced one by one, deployments can take time for larger clusters. If a new deployment is triggered before another has finished, the version is updated to the version specified in the new deployment, and the previous deployment version is disregarded where it has not yet been applied.

A rolling deployment is triggered when something in the pod spec is changed, such as when the image, environment, or label of a pod is updated. A pod image can be updated using the command kubectl set image.

The spec: -> strategy: section of the manifest file can be used to refine the deployment by making use of two optional parameters — maxSurge and maxUnavailable. Both can be specified using a percentage or absolute number. A percentage figure should be used when Horizontal Pod Autoscaling is used.

For example, the configuration below would specify a requirement for 10 replicas, with a maximum of 3 being created at any one time, allowing for 1 to be unavailable during the rollout:

To enable this, we set up a service sitting in front of the deployments. For example, the service selector section of the manifest file for the blue deployment for an app called web-app with v1.0.0 could look like the below:

And the deployment for the blue web app:

When we want to direct traffic to the new (green) version of the app, we update the manifest to point to the new version, v2.0.0.

The deployment for the green app:

The spec section of the old application manifest would look like the following:

And the new application manifest:

In the example above, it might be impractical and costly to run 100 pods. A better way to achieve this is to use a load balancer such as NGINX, HAProxy, or Traefik, or a service mesh like Istio, Hashicorps Consul, or Linkrd.

For painless and efficient maintenance of your K8s clusters, follow these 15 Kubernetes Best Practices.

Similar to a Canary deployment, using an A/B deployment, you can target a given subsection of users based on some target parameters (usually the HTTP headers or a cookie), as well as distribute traffic amongst versions based on weight. This technique is widely used to test the conversion of a given feature, and then the version that converts the most is rolled out.

This approach is usually taken based on data collected on user behavior and can be used to make better business decisions. Users are usually uninformed of the new features during the A/B testing period, so true testing can be done, and experiences between the users using the old version and those using the new version can be compared. Rollouts can be slower using A/B deployments due to the additional testing period and analysis of the user experience.

A/B deployments can be automated using Istio and Flagger, check out the tutorial here for more information on how to set it up.

In this article, we discussed five common K8s deployment strategies: Recreate, Rolling, Blue/Green, Canary, and A/B. Having an understanding of how these can be used, the tools that can be used to enable each of them, and the advantages and disadvantages of each is key when deciding how to deploy or upgrade your application to a newer version. Choosing the right strategy for your business needs can help reduce downtime, enable testing and improve the customer feedback loop enabling your team to develop a better product over time.