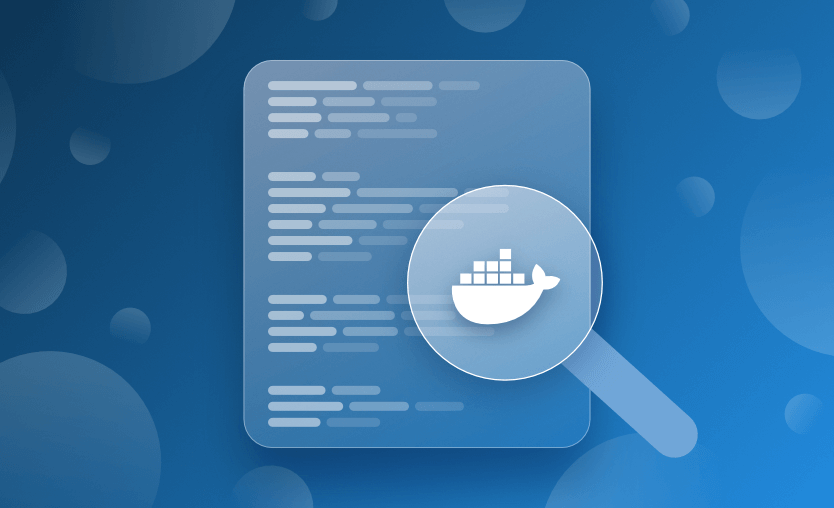 Docker is a platform for building and running containers. Containers are software units that package source code and its dependencies inside isolated environments. They’re usually ephemeral, with the contents of a container’s filesystem disposed of when it stops, but you can also store data persistently using features such as volumes.

Containers can be started anywhere an OCI container runtime is available, whether on your workstation with Docker, or in the cloud using orchestrators like Kubernetes. This narrows the gap between development and production.

In this guide, we’ll walk through installing and getting started with Docker. You’ll learn the basic concepts and see practical examples of the most common container management tasks.

Getting Started With Docker

Nowadays Docker comes in two main flavors: Docker Engine and Docker Desktop. Engine is a daemon and CLI for Linux systems, whereas Desktop uses virtualization to provide a consistent Docker experience on Windows, Mac, and Linux. It includes a graphical interface for managing your containers, in addition to the docker CLI from Engine. Although this article focuses on the traditional CLI experience, all the actions you’ll see in the following sections can also be achieved using Desktop’s GUI.

If you’re on Windows or Mac, Desktop is the easiest way to install Docker. Head to the documentation’s installation page and download the correct package for your system. Run the installer and then start Docker Desktop from your applications menu. Now you’re ready to run docker commands in your terminal.

To get Docker Engine on Linux, you can either download a prebuilt static binary, or follow the steps in the documentation to install from your distribution’s package manager. You’ll need to add Docker’s repository and GPG signing key first.

The following steps work for Ubuntu and similar distributions. First, make sure you’ve got all the prerequisite packages for the installation process:

This allows the apt package manager to verify the authenticity of Docker’s packages. Now add the repository to your package lists:

The command automatically selects the correct repository for your operating system version and processor architecture.

Update your package lists to include the new repository:

They have the following roles:

Complete the installation by adding yourself to the docker group. This allows you to run docker CLI commands without using sudo. Logout and back in again to apply this change.

Once you’ve installed Docker, you can check it’s working by starting a basic container. The hello-world image on Docker Hub is a good choice.

Run the following command to start a container with the image:

You should see output similar to the following:

The first few lines show the Docker daemon recognizing that you’ve never used the hello-world image before, so it has to download it from Docker Hub. It then starts the container and streams its output to your terminal. All the lines from “Hello from Docker” onwards are emitted by the process inside the container.

Your Docker installation is ready to use.

Now you can begin confidently working with containers (running processes) and images, the reusable templates you start containers from.

Packaging software as a container makes it more portable, allowing you to eliminate discrepancies between environments. You can use the container on your laptop, in production, and within your CI/CD infrastructure. Take a look at how Spacelift uses Docker containers to run CI jobs inside isolated environments.

Ready to use Docker? Let’s jump in!

The docker run command is used to start containers from an image. You ran a simple container in the section above when you checked your installation:

The command accepts the name of the image to run as its argument. The last part of the image name, after the colon, is the tag, which is used to identify different versions and variants.

The latest tag is a convention for the newest release of the image, but beware, this is not standardized and can expose you to breaking changes. It’s best practice to use a more precise tag when available, such as 1.1.0.

Detaching From Your Container

The hello-world image runs a process and then exits immediately. Most real-world containerized applications aren’t like this, however. They’re normally long-lived processes such as servers that run indefinitely, until the container is stopped.

The -d flag instructs the Docker CLI to detach from the container, leaving the process running in the background. You’ll be dropped back to your terminal prompt.

Images are created from Dockerfiles. These are text files containing a list of instructions that assemble the image’s filesystem. Copy the following sample and save it to a file called Dockerfile in a new directory:

Next, save the following JavaScript code to app.js in the same directory:

Now run the following command to build your image:

The command instructs Docker to build the Dockerfile in your working directory (indicated by the . argument) and tag the output as demo-image:latest. The following steps occur:

Your code has been executed inside a containerized Node.js environment!

Pushing Images to a Registry

Pushing to a registry is the next step in image authorship. At the moment, your image is confined to your own machine. Registries allow images to be distributed among peers, team members, and the broader community.

Docker Hub is the biggest registry, and you can sign up for free. Before you can push to your account, you’ll need to authenticate the Docker CLI by running docker login and following the prompts.

Use the docker push command to upload your image. The Docker CLI automatically infers the registry URL from the image’s tag.

Now other users can start containers from your image, even when it’s not already on their machine!

Listing Containers on Your Host

You can list the containers on your host with the docker ps command. This defaults to only showing currently running containers:

To see all your containers, including stopped and exited ones, add the -a flag:

The command provides each container’s ID and current status. To get more detailed information about an individual container, pass its ID or name to docker inspect:

This produces verbose JSON output that includes all the data associated with the container.

Detached containers with long-living processes can be stopped by passing their ID or name to the docker stop command:

Use the docker start command to restart the container with the same configuration. Note that any filesystem modifications made while it was previously running will be lost.

To remove a container, run docker rm with the container’s ID or name:

If the container’s running, you’ll need to add the --force flag to confirm your intentions:

The docker images command lists the images on your host, including their age and size:

To delete an image, pass its ID or tag to docker rmi:

Images can’t be deleted if they’re being used by a running container. Remove the container first, then the image.

Port forwarding allows you to access applications running inside a container using your host’s network interfaces. In some of the examples above, a container running the NGINX web server was started using the nginx:latest image. As no port was bound, NGINX couldn’t be accessed from outside your Docker host.

To bind a port, add the -p flag when you start a container:

This example binds port 8800 on your host to port 80 inside the container, which NGINX listens on.

Now you can send a request to localhost:8800 and get a response from your containerized web server:

Containers are meant to be ephemeral. Although their filesystems are writable, any changes you make are lost after the container stops. You shouldn’t assume a container will run indefinitely, as it could be stopped due to a crash in your application or a host reboot.

Volumes are a mechanism for persisting data inside containers. Volumes are storage units that you mount into the container’s filesystem. Data written to the volume is stored outside the container, so it can be reattached to a replacement container after the original stops.

You can mount a volume using the -v flag for docker run:

Alternatively, you can bind mount a directory in your host’s filesystem directly into the container:

This approach is ideal for development use. Changes you make to a bound source code directory will be immediately reflected in the container.

Docker automatically collects logs from the standard output and error streams of your container’s foreground process. You can access these logs by passing the container’s ID or name to the docker logs command:

This allows you to review your application’s activity and spot any errors.

To continually stream new logs into your terminal, add the --follow flag to the command:

Getting a Shell to a Container

One final tip: sometimes you might need to get inside a container, to debug problems or run admin tools included with an image. You can run a process in an existing container using the docker exec command:

Pass the container ID or name as <CONTAINER>, then the command and its arguments as <COMMAND>. If you use the name of a shell as the command, you’ll get an interactive terminal session, within the container. For this to work, you must also pass the -i and -t flags to docker exec, to attach your terminal’s standard input stream and set up a TTY.

Now you can inspect the container’s filesystem and run any commands you need.

Docker is the most popular containerization platform for developers. You can run containers and build images with the docker CLI, or opt for Docker Desktop if you prefer a graphical interface. Images created by Docker can be used in any other OCI-compatible container environment too, such as Podman or Kubernetes.

James Walker is the founder of Heron Web, a UK-based software development studio providing bespoke solutions for SMEs. He has experience managing complete end-to-end web development workflows with DevOps, CI/CD, Docker, and Kubernetes. James is also a technical writer and has written extensively about the software development lifecycle, current industry trends, and DevOps concepts and technologies.